It is always a pleasure to cover one more release by our friends from Marseille, Metaphore Collectif. Last year they presented us a 64-track monster compilation released by their label Metaphore Industries, we broadcasted the full album in our schedule and conducted an interview with Julie Vazie, one of the key-members of the collective.

Today they are releasing “L’Esprit” by the Brussels based artist Antoine 80, marking the fourth project available in their catalogue. This 8-track EP interacts with psychedelic and tribal elements that generates total club weapons, however there are some hypnotic passages which can take the listener to more introspective moments and subjective thoughts.

We are delighted to present an interview with Antoine in order to further understand his project and to broadcast an exclusive mix made by him in our Casting Call series.

You can buy this beautiful EP in digital format or limited editions cassette in Metaphore Industries Bandcamp.

1- How and when this mix was recorded?

I recorded this mix a few days ago at home, in a comfort zone.

2- What’s the concept behind the mix?

The mix follows the concept behind the EP which revolves around a fantasy of rural places where we party, like fields but I focused on small ponds and other swamps or bogs. It was before the pandemic and at that time I wanted to give relief to the party that does not happen in a club. I wanted to do an EP of Tribe which was in my opinion the logical continuation of Trance which regained its letters of nobility at that time. I wanted to see after this fashion, to look in a more radical and not necessarily benevolent spirit. My visions of the Tribe were always at the edge of a pond rather than in a hangar, and I saw an obvious correlation between these kinds of natural places and the dark mysticism of the French Tribe. I immediately think of the surrounding fauna such as flies, mosquitoes, snakes, toads, etc … I saw them partying! At some point in the development of the pieces I wanted each one to be an incantation of an evil spirit.

3- Do you think the mix has any kind of dialogue with your latest EP?

I really took the part of making this mix to support the release of the EP, of which I played two of the songs, combined with reference songs and also things that correspond aesthetically without being purely Tribe. Although, as a bonus, I played a track of Israfil which has not been released yet!

It is a continuity.

4- What’s the kind of ambient or spaces that you think that “L’Esprit” fits in best?

Those for which I fantasized it, that is to say places that live mainly between day and night, at dawn or at sunset, places loaded with humidity in the air, places where small sounds are predominant in the atmosphere. Somewhere where we are not completely at ease, not really safe. But yes, you understood it! I’m talking about swamps, small ponds and others bogs I told you about, but maybe also a dark forest glade. You get it I’m pretty sure.

5- How did you got in touch with Metaphore Collectif members?

It’s a somewhat crazy story but above all touching, we had a friend in common who at the time told me that friends of his were opening an alternative place. He told me to take my gear to potentially do a live. That’s how with Mika Oki we fond ourselves playing for their very first party in this place without them knowing who we are and what we do. I have loved them deeply since that day and we had time to dig the affinities since then, which were real! Now, I visit them every year! I got love for all the crew.

6- What’s the main influences behind your EP?

The main influence is the French Tribe movement from the 90’s and 2000’s, as Banditos or FKY. I also discovered (thank you Marine!) an Australian band called Antediluvian Rocking Horse, which from what I know they were only working with samples, from anything. They do a free and crazy music without frame or skeleton. U guys the craziest! So it is not only about swamps, it can ba about bushes!

7- What are the future perspectives for Antoine 80?

I work with my friend Lux18 on the development of a label in Brussels. It’s called Todorecto, we want to focus on club sounds but metamorphic and as effective as they are adventurous. We already have a lot of music ready but we are still looking for the right distributor! We want to orient ourselves more in The UK, despite the Brexit which is stupid but we like this spirit! So Asquith let the memes for a minute and give me a call! 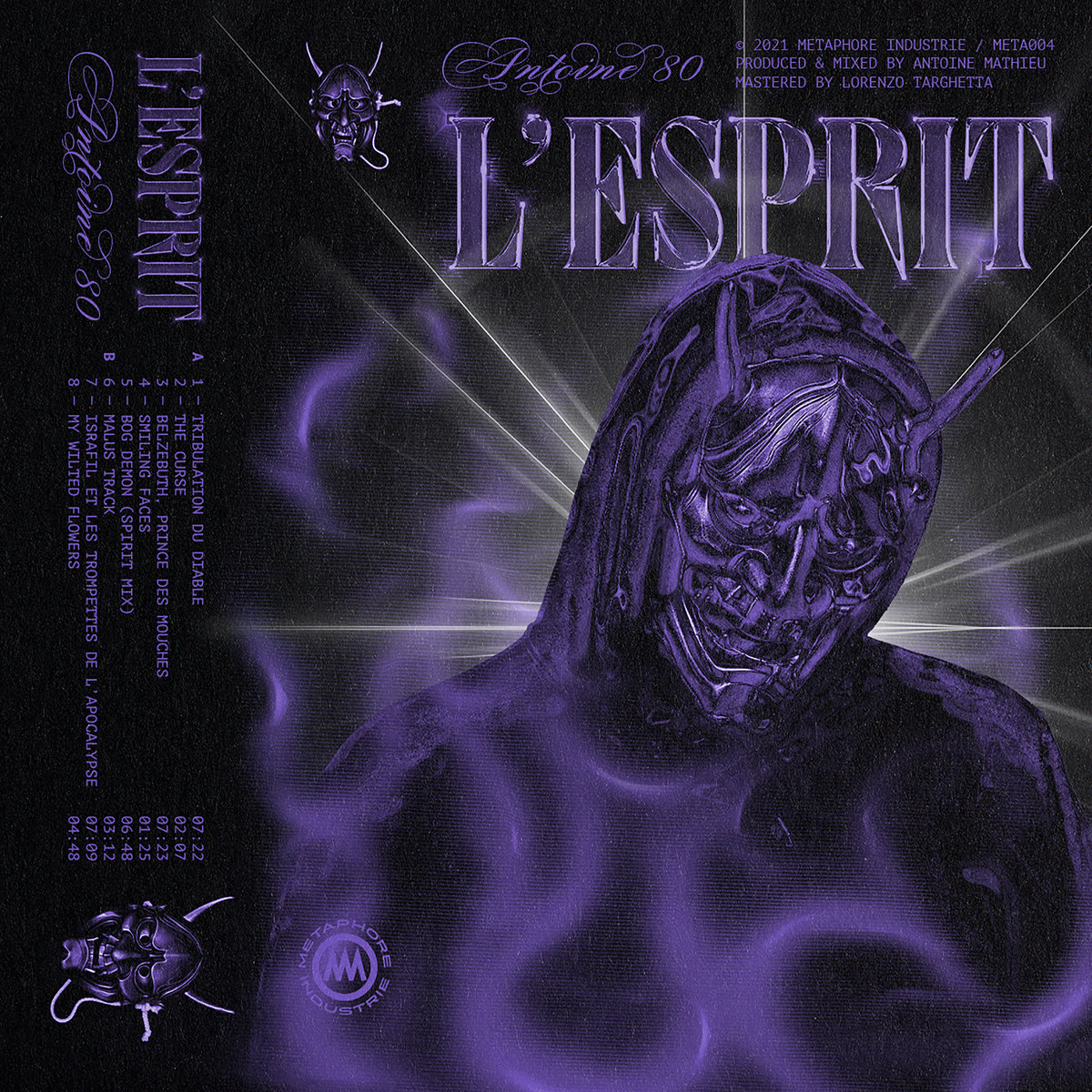