Omakasse Recordings is a brand new label coming from the effervescent Marseille. This project is formed by the DJs, producers and electronic music enthusiasts Kumanope and MBKONG. The album “Omakasse Colors Vol 1” is a compilation of talented artists from the modern music scene who focuses in break the barriers of the more traditional forms of music.

The first sketches of the compilation were produced in March 2020 and, in the end, they gathered 18 artists from various countries, backgrounds and aesthetics under a 2-LP multifaceted album. The sounds of this LP permeates multiple genres, occasionally jumping from trip hop and bass music to house and lo-fi.

The album was crowdfunded in a 4 weeks campaign and more than 130 contributors believed this project had to come to fruition. They were correct, we absolutely loved the album and we are really happy to conduct an interview with the 2 label owners to further understand this venture.

You can buy the double-LP and digital format file in the Omakasse’s Bandcamp.

How do you guys get together?

Bonnie : We met 4 years ago in Marseille, during night times. Having the same passion for music and especially electronic sounds, we first became friends, then partner in life. Michael (Kumanope) was already acting in the massilian’s Night life, djing and producing with “Different Mood Records”, the collectif and label he co-fonded in 2016, when I (Bonnie aka Goldie B aka MBKONG) arrived in this mediterranean crazy city. As a musician and singer, I for my part come from the Parisian Nu soul / jazz
scene, and played in a lot of different collabs and projects before moving in South of France (plus djing in some hiphop / funk / house event).

Anyway. Michael and I hooked at once, being attracted by the fact that our stories, knowledge and cultures was kinda complementary. When I had finished my first solo EP at the end of 2018, Michael talked to me about his idea to create a label together, a structure where we could mentally help and financially support each other to get our project off the ground. Without him I don’t know if I would ever have released “Blue Dawns”. So after this first digital release, and because it brought us a lot of amazing experiences, we immediately opened our new baby structure to our producers and musicians friends. Today we want “Omakase” to be a real area of trust, support and open minded vision of musical fusion.

What is the main concept behind the label?

Fusion and openness. Definitely. We want our label to be a meeting area of electronic and acoustic sounds, in the laaaaarge way. We both come from those two different worlds and had been attracted by the fusion of them way before we met. Melting styles, moods, skills, sounds… We praise for experimentation and diversity in our artistic approach, keeping our ears open to get the largest view of the actual music spectrum. We’re not closed to the idea of connecting such or such kind of music. Like…
zouk and bass music?? Why not haha! Let’s try this. We think that all melodies and riddim of “pure” kinds of music , like reggae, metal, zouk, country… has been already played and composed, and that it’s not relevant today to persist making music that’s way. Future of music is made of all those musics melted together, including electronic and more generally technology in it. It’s pretty exciting in fact. All melodies has maybe been done. But all melodies and riddim can now be transformed, stretched, melted… there is a infinite number of combinations that we absolutely are eager to discover and listen to.

What are the main aesthetic lines drawn for assembling this compilation?

All the producers and musicians who have participated to this compilations are friends coming from different part of the music spectrum. The idea was to join them on a common project having electronic music as skeleton, and having just one ‘constraint’ or ‘obligation’ : “no club music”. We both a Djs playing club music, and a lot of the artists of the compilations are too. So we don’t have problem with this kind of music. But the idea was to step them out of their comfort zone, and create a kind of harmony between all tracks of the opus (which worked fortunately haha). And plus, we thought this instruction suited pretty good to the actual context, made of forced calm and silence. So, we’d say the main aesthetic lines of Omakase Colors Vol.1 is drawn by an electronic music made of reflexion and a form of poetry.

The album was crowdfunded in 4 weeks. For those who have never done this process, how was this
experience?

It was… WOW! Haha… Incredible and exhausting at the same time. We were just the both of us to animate and promote the campaign, which was a HUGE work. If we got to do it again, I guess we’ll hire an intern to help us. BUT, to see all those people supporting the project, and believe in this piece of music we were proposing them, it was amazing. In fact, when we started the campaign, we were pretty sure we won’t reach or final financial objective. Well.. we were wrong! We made 106% of it! We are so
grateful and happy. This result gave us hope and strength to continue what we are doing with this label..So, for those who have never done crowdfunding campaign before and who would like to do one, be confident, but aware that it will take almost 100% of your time during the campaign. It’s a lot of energy and effort, but it’s worth it!

Marseille is well-known for having a creative artistic atmosphere. This reflects in the injection of lots of artists in the global electronic music scene. Why search for artists outside the city borders?

Well. The idea was not to make a 100% mad in Marseille compilation. We are more sensitive to talent than localisation. And plus, we wanted to build this first BIG project with our talented friends, like a family. Family is really important for us. We both traveled and lived in a lot a of different place. So our favorite musician fiends are not only based here. Marseille is our actual home, but we don’t think it will be forever. We like it. There is a beautiful cultural and artistic effervescent here, but fact is, there are not so many structures for representing the kind of music we do. It maybe sounds weird, but it’s true. You got to live here to understand that there is a lot of things to do in that city to make it as open as it looks. A lot of things that we can’t wait to participate to by the way :)

What are the future projects for Omakasse Recordings?

We got a lot of things coming… The fist album of our beloved and absolutely talented friend “NxQuantize” (present on the compilation). Our first EP as a duet. A remix EP of Blue Dawns.. And probably the first EP of Michael (Kumanope) too. We would like to release some videos too… And go back on stage as soon of possible!! fingers cross.. 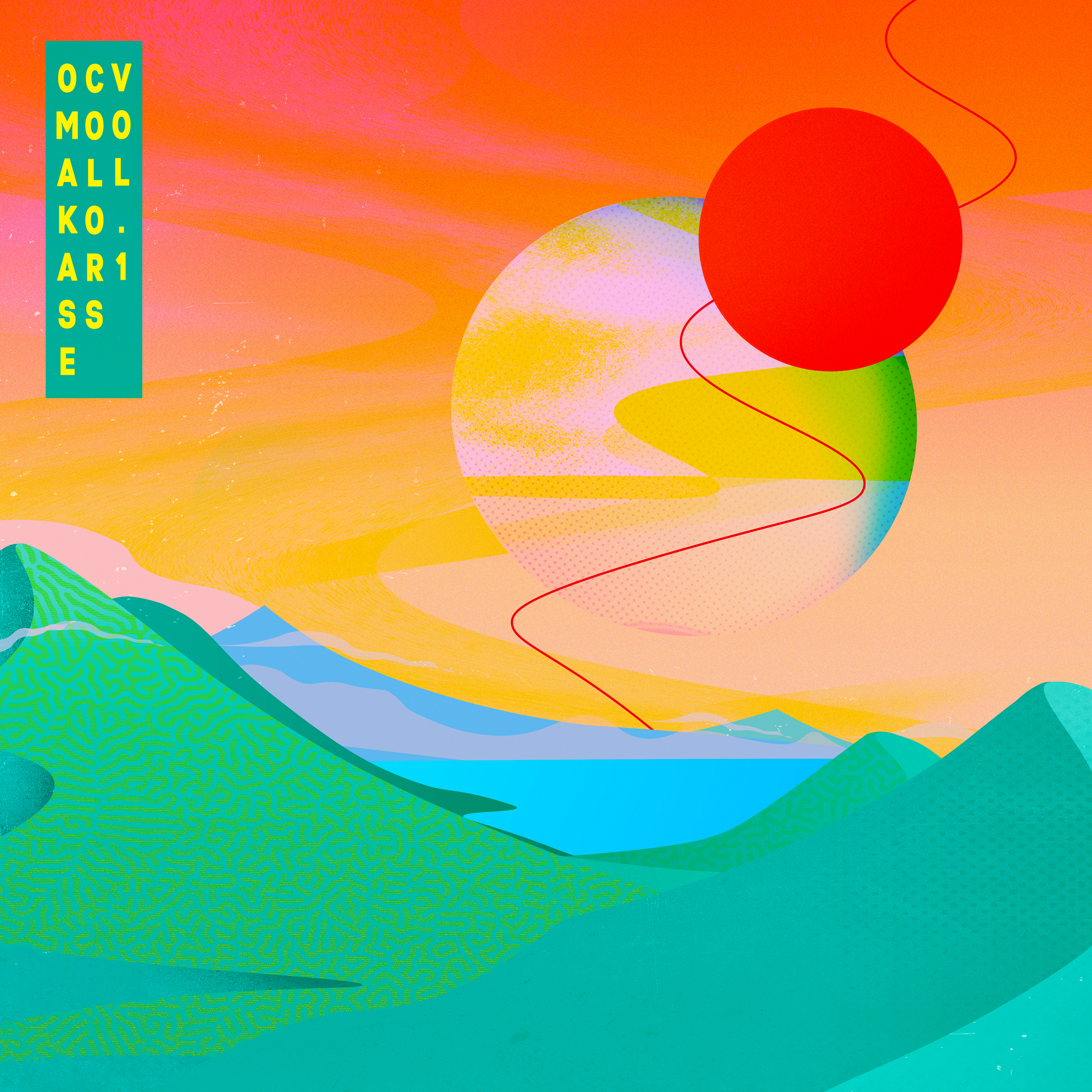