We are delighted to present our latest interview with Low Bat. Also named Louis Bataille, he is the curator of the compilation “Ear Clip Series Vol. 2 : Endlich Normale Menschen Vol​.​1” to be released today via the Lyon based and Chez Emile controlled label Ear Clip Series.

Low Bat also presents 2 bi-montly shows “Night Travel on a Blanket” on the French Lyl Radio and, together with Clyde Arcalis and Aki Gratte-Ciel, “Yellow Light of Death” on the Georgian Mutant Radio. And last but certainly not least, he is a member of the band Jean-Luc, which blends kraut and punk themes – that is, when he is not working as an explorative DJ, interacting with a vast number of musical genres.

The first half of “Ear Clip Series Vol. 2 : Endlich Normale Menschen Vol​.​1”, which means “finally normal people” brings a solid mixture of textures, ambient sounds and more forward thinking beats. In the second half, things get progressively more joyful and colorful. All of this works together perfectly, creating a cohesive whole. This 11 track compilation features a wide range of artists with different backgrounds, such as F.Æmbient, Vamilienfa†er, Dame Area,  Simas Okas, Airaboi and LITS801.

To celebrate this special occasion, Airaboi, co-founder of the tape label Banned in Vegas and one of the artists featured in this compilation, conducted a mix for our Casting Call show today! It will be aired at 04 PM (BRT).

You can buy the digital album and the beautifully produced double-LP at Ear Clip Series’ Bandcamp.

1- What was the main concept behind this work?

The main concept behind this work was to offer an audio dive into the production of a bunch of freaks that I had the pleasure to meet during my 4 years in Berlin. I somehow wanted to produce a photo of my scene. I have to say, I asked Popertelli to send me a song when we met drunk in the venue I was working at. I as well wanted to give an audience to some people acting in the shadow of the spotlights of the modern electronic scene. When I was listening to the songs that the different artists sent me, the motto of all this was “let the freak not so deep in you be”. So I guess on the other hand, it was as well not so much of a fixed concept behind the whole thing …

2- What is your relationship with the artists that you feature in your compilation?

For most of them, I have the chance to call them friends. I shared some nights with them, discussions, dancing moves and tricks …  At least we shared a meal together. I booked most of the artists of this compilation as well, during my time as a booker from the Berlin based venue named arkaoda. I want to explain this story about Thomas, one of the guys of Jauche, the band who did this long, intense and mechanical psychedelic piece on the compilation. I met him like 10 years ago, in the south of Germany. He brought me to like my first “club nights”, which were getting fucked on gin tonic in the old train station of the north of Stuttgart, in an old container, while guys were playing prog and psych rock until the sunset. It was a big time for my musical education, and I have to thank Thomas for that. So yeah, this compilation is somehow made of a load of small stories, kind of very personal.

3- What are the biggest difficulties in uniting different artists and concepts in a single compilation?

Well, first of all, I was, still am, a mess. Secondly, most of the people on it are messy too. Besides of Airaboi. Hehe. You are the hit my man !!  But actually everything came somehow very naturally. I was sleepless some nights, in my bed, getting maniac, and names of artists were popping up in my head. Sometimes it happens while walking too. Actually, the most problematic was to collect all the songs, wait that Frans Ambient finished his (love you man!). He is running this dope label named Kashual Plastil, if you never heard of it, try it out, hard, it is dope !

4- In a world with an excessive amount of productions, where numerous albums and compilations are released daily, how do you maintain your relevance?

Puhh. I don’t want to and don’t wish too if I may say.

5- What’s on the horizon for Low Bat?

I’m starting to have a civilian life – daytime job. But besides this, I’m getting involved in Mutant Radio, a radio based in Tbilisi (Georgie), where I help the two founders, Tata and Nina, with the program and other stuff. You should definitely check out the program. I recently went to Bruxelles (Belgium) to record two songs with Reymour, a fabulous synth pop band made of Luc Bersier and Lou Savary. They are gonna be out on Knekelhuis, the Amsterdam based label runned by the mighty Mark. As well working on a project, hoping to finish it in 2021. Ah and yes, eat oysters till I die ! 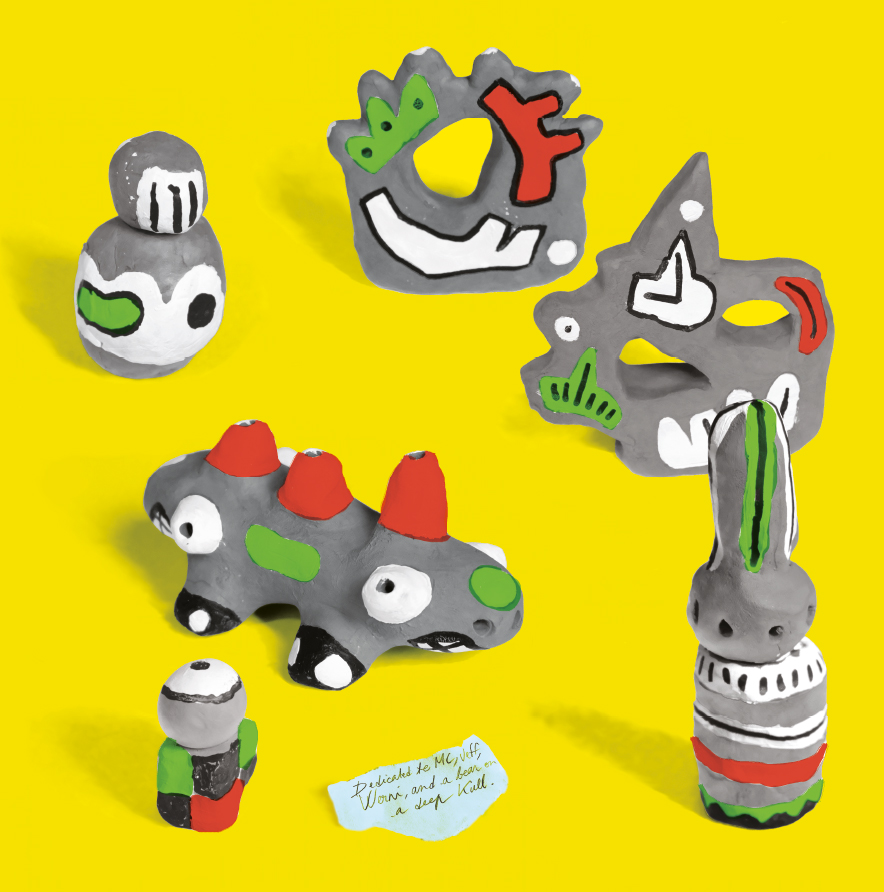