Eyes of Others – Elevenses

The Edinburgh based label Global Warming Records has just released a new album: “Elevenses” by the producer @eyesofothers. This is the fist album by the artist and he couldn’t have found a better home than the label curated by Malcom, which last year recorded a mix on Veneno’s Casting Call series.

Eyes of Others describes his sound as “post pub couldn’t get in the club music.” His style blends haunted leftfield pop with dub and can reach peaks of deep emotional levels. The track “First and Last” fits this description adding the melancholy of the lyrics, which are dividing space with the dubby space mixing technique of Stuart Evans, who also works with The Golden Teacher.

The record will be released today as a cassette tape including 2 exclusive tracks + a limited edition hand-printed t-shirt + an original print booklet. You can buy your copy at Global Warming Records Bandcamp.

We’ve conducted an interview with Eyes of Others in order to deep down into his newest production. He also created a mix for Casting Call. You can access it by clicking here.

1- How did you become involved with music production?

I had no clue about the basics of music production; like mono/stereo… panning… compression? What the hell is that? It sounded complex and got in the way of writing so I didn’t bother with the technical side of things for years.

I managed to bounce out some little love songs in these early days. This period was no doubt my best work of course …no one heard it and I deleted it all.

Now I think more about the relationship between feeling/ideas and technique a lot. It’s a strange one, more of a give and take, a balance – they need each other.

2- How and when was the mix recorded?

I’m here on a small island in the Scottish Hebrides as I give these replies. Today was not a day for going outside so I was rooting through Bandcamp and other spots to make the mix. I like looking for music without any preconceptions so I don’t pay attention to release dates or labels names so much. I was looking out the window as rain clouds pushed over and wind hammered this old house, listening for tracks that felt good.

3- Do you see any connections between the mix and your latest album “Elevenses”?

I’m not too sure, it’s hard to see yourself from the outside really…maybe there’s some stuff in there that I’ve ripped off… you tell me!

4- What were your main influences/inspirations for the production of the album?

I’d say Stuart Evans – who did the mixing on this record – has been an influence. As I touched on before, production and techniques didn’t really get interesting for me until later on. I discovered how creative you can be with reverb and echo fx during a recording session with Stuart at Green Door Studio Glasgow in 2015. My eyes kinda opened after that and sound became a bit more 3D and free flowing phenomenon. So creatively, with his mix style he brought a lot to the record which he can take credit for.

Also I’d say I really value giving my ears a rest from music and being able to soak up other things, and the sound of everyday things. This is as much an influence as anything else. Obviously this last year has been different with public places being mostly closed, but so often music is forced upon you when you are out and about. Background music in public places, as wallpaper and the like, I’m against it. It’s just another thing we passively accept and consume. Make what you listen to count. But that’s a whole other debate.

I like to go away for a while and then come back – the moments of return are when making music is at its most exciting for me. I made this record between living in Edinburgh and Glasgow and breaks to the Hebrides in 2019 and then I pretty much had to put it on hold for about a year. So when I came back to it I was going through my own sort of convalescence so in a way I think that helped glue it all together.

5- Do you think Edinburgh, your hometown, somehow inspires your music?

Yeah of course but I can’t say how exactly, the good and the bad all come into it. For all that Edinburgh is quite sleepy and conservative there’s some cool things simmering away. Music-wise I wouldn’t say that there is an Edinburgh scene or anything, not that I know of. But that’s what I quite like. I’ve been in and around scenes before and you can easily forget who you are among them. That’s not to say there’s no music community, there is, yet people seem to just get on with their own thing and come together in other ways. Most of my friends here who inspire me aren’t involved in music – that might be an example of what I am getting at.

I guess Edinburgh is kind of understated. I like that. It can surprise you if you take a proper look. It’s got a pull. I think it’s to do with the ancient volcano it was built around.

6- How did you get in touch with Malcom and Global Warming Records?

I think I reached out to Malcolm on Soundcloud and then we got chatting about various demos of mine and their evolutions. In his notes about tracks, I just got a good feeling, he really tunes in and gives things proper thought. It felt a bit like he could help me finish the sentences I was struggling to get out. I’ve really enjoyed the collaborative side of it with him and DR.ME – it’s been a much needed connection these last few months.

7- What’s the horizon for Eyes of Others?

This summer I’m releasing an EP as part of a new project – US Useless – with my friend DJ Küsse (Sensible Seleen, Permanent Vacation). It was something we began at the start of lockdown. It has a lofi 8-track breezy pop feel to it, quite wistful.

Aside from that I’ve been working on another bunch of tracks with Stuart so I’m not sure what form that will take yet as we are still mixing…maybe an album or a couple EP’s. I should probably do an album. Let’s see. 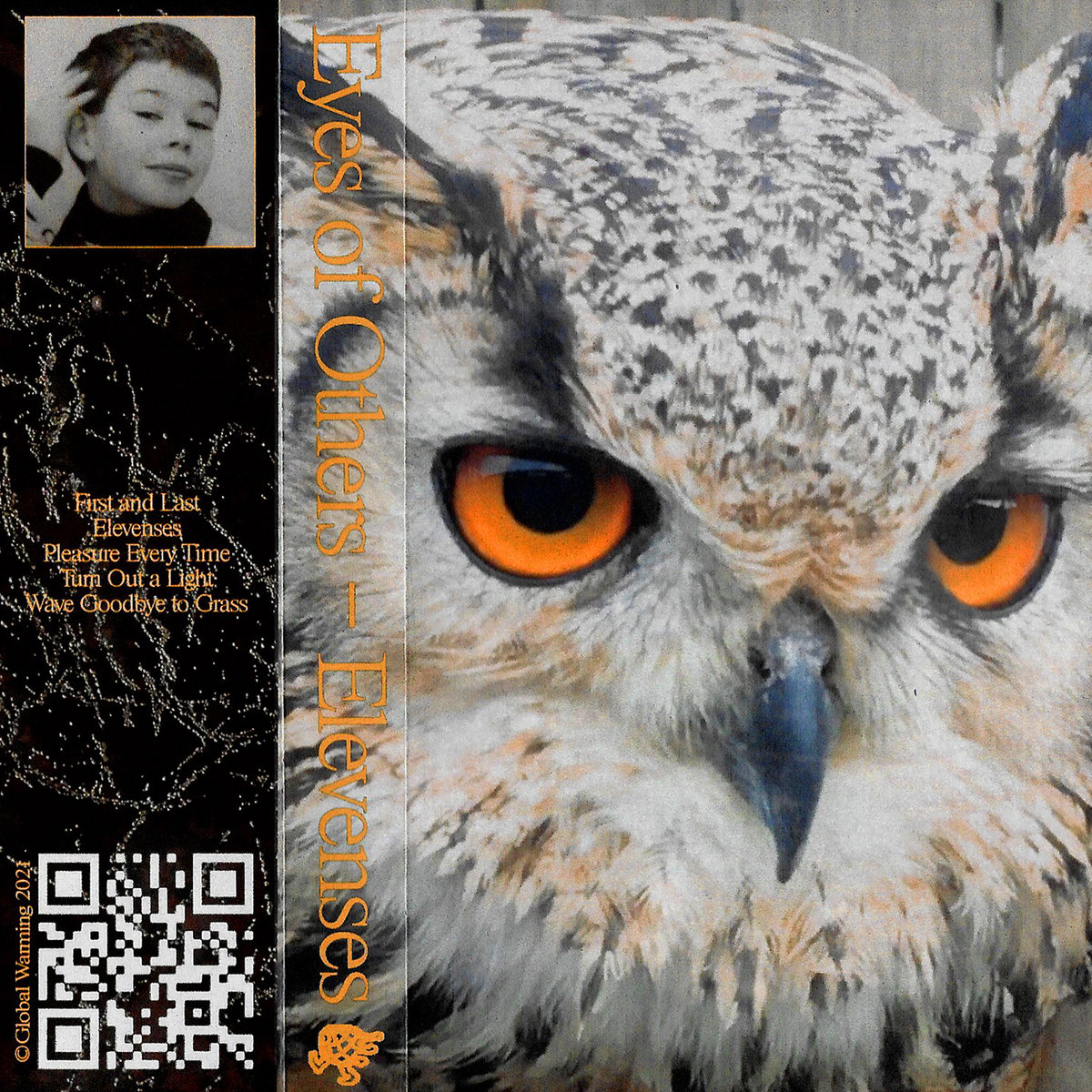