Veneno proudly presents an interview with Tomas aka December. After ten years of producing music he finally releases his first album. The myth of debut production can be heavy on musicians, putting a lot of pressure on artists thinking they have to craft the ultimate record, condensing and transcending their style in one perfect release. Of course it’s not the case and it shouldn’t be. It took years for Tomas to realise this and finally get it done.

In the end perfection is almost not reachable. Although “Début” is a pretty good album. It blends punk, industrial, sci-fi elements, EBM and all Tomas’ musical influences. You can listen to harsh, noisy, and screechy sounds that involve the listener to a more dense and introspective atmosphere. However, you can get more straightforward puchy beats that can make your body move. It’s a powerful production.

The album is now available at Death and Leisure’s Bandcamp. Make sure to check it out.

When did you realised the album was finally done?

I think a record is never really finished but it solidifies and starts to make sense once you decide it is. Then it slowly settles and start to stand up by itself. It is a very delicate and complicated point to reach and it is important to let other people help you reach it in order to give up this never ending train of thoughts and doubts and let go at some point. I think it’s very important to let a record live its own life, outside of your fantasies and idealized image of what it should or could be.

At some point a song or a track is owned by the people listening to it more than by the musician who wrote it and recorded it. It is important to set your music free and give it to the external world. Otherwise it will just float forever, staying in the cosy ego-driven mock up fantasy of your mind and never confront the collective reality. Opinions, emotions, reactions, everything that makes music a living matter, not a dead one.

I always needed a few key people to help me cross that difficult boarder. A few precious friends who I send my music to and in this case, for the album, Oliver Broken English Club played a crucial role. He really helped me ease the whole process and guided me through this terrifying « first album » process. I really want to deeply thank him once again for that.

Do you consider yourself a perfectionist ?

It depends what you mean by perfectionist. I don’t think I am a stakhanovist musician, I cannot spend months on a track, it just doesn’t fit the music I am trying to make. I like simplicity and primitivity in sound. I do not fancy sophistication in music that much.

But two things are very important to me : originality and elegance. And these two qualities take time. I can start a lot of tracks and simply send them to trash because I find them too generic or too predictable, too trendy ; or the opposite, too much of a caricature of my sound. It is a very subtle balance to be personal but not predictable.

Weirdness also, being a little bizarre, a little off, is important to me. A good layer of mystery and dissonance makes music stands out and strike unexpected emotions or places.

This what I am aiming to. This is where originality and elegance meet : being different but not overdoing it, no too explicit or grandiose. Digging my own sound, different than other musicians, but with simplicity and subtlety, not being pretentious or presemptuous.

What were the bands and artists that influenced this project ?

I never have precise references in mind when recording music. I feel driven by ideas, bits and pieces, heard here and there, most of the time not even really consciously, very rarely precise tracks or artists but more a raw feeling of a sound aesthetic I have in mind, going through my own personal signature and obsessions. I don’t try to reproduce things that have already been made, I am trying to build my own style, with modesty and patience though, this is the only thing that matters to me.

For the album it is like echoes of a corpus of genres and styles I kind of pay tribute to. Raw electronic punk, industrial minimalism, emotional ambient atmospheres, dusty scif-fi themes, electro-esque grooves, primitive songs, etc.

For this first album let’s say it’s the root influences of the December project I pay tribute to. Most of the album tracks were recorded 4 years ago and summarize where the project « comes from » musi- wise.

The second album, which is already almost finished, will be more about the things I am digging in for the last two years, pushing originality forward, opening new sound paths for a more hybrid and a more personal sound.

This is my vision of what an album should be. A new step towards more and more personality, difference, singularity.

What’s the horizon for December ?

As I just said, now that this « first album block » is over and that I actually enjoyed doing it so much I am working on the second one and it’s already almost finished. It will be weirder, going out of my comfort zone more, looking for new territories and exploring a more modern approach to the same ideas I detailed above. It should be out just before or after summer 2022.

Also, Marie Quéau and I (my visual partner in crime who directed all my recent music videos and conceived my last records’s cover artworks) will finally reveal and play the AV live show we are working on for a while now in festivals and music venues, around the release date of this new album.

But before this, I will be releasing a new EP on Veyl at the beginning of 2022. The label and I commissioned a special piece by Marie, a beautiful and strange photo, for this new EP. I am very excited to share it.

Last, but not least, I should be back on Pinkman with a third EP, later in 2022. 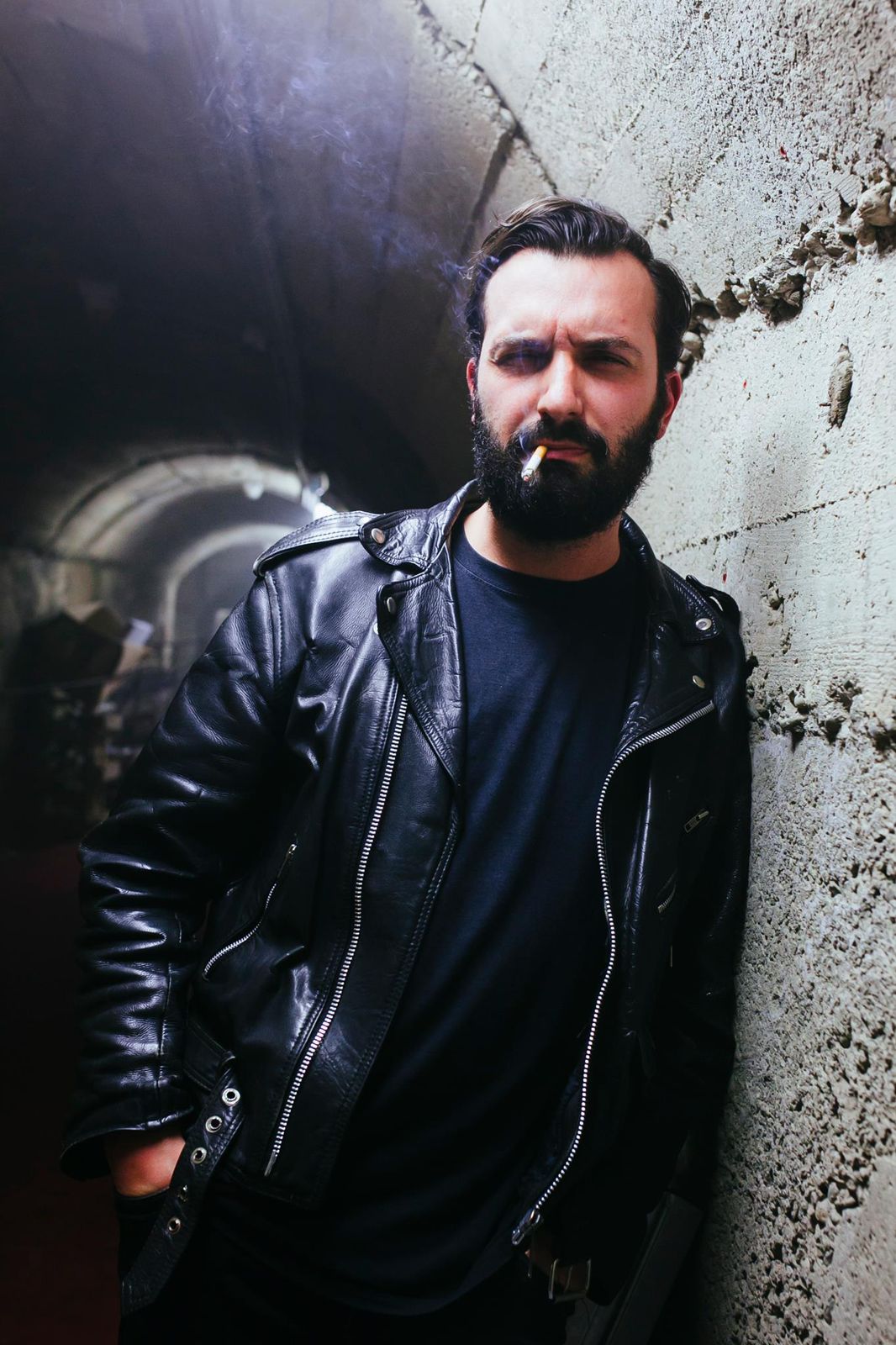