Happy new year to everyone! To kick off our series of interviews in 2021, we are delighted to talk with A Strange Wedding aka Adrien Van de Velde. His new album “Black Magic Ritual” was released via the French mighty house Worst Records in the first week of January.

This is his second release under the label, consolidating the beginning of a truly interesting career for this creative producer. This cosmic and ritualistic album could easily be the soundtrack of an imaginary landscape, where newborns are expected while people rave in an intense and psychedelic atmosphere. It could also be a session of mental hypnosis, mainly guided by the infected percussive elements and dub effects performed by the artist. If you’re into techno, proto-industrial, Shackleton or Black Zone Myth Chant you should definitely check out this album.

Along with granting us an interview, A Strange Weeding made us a mix for our Casting Call show, which focuses on expanding Veneno’s borders by interacting with artists from all over the world.

You can buy the vinyl and download the digital format file at Worst Records Bandcamp.

1- How and when your mix was performed?

Due to the current situation, this mix was recorded at home. With COVID-19 and the lockdowns that followed, I started to enjoy longer format. This mix is the first part of a 4-hour mix. I wanted to take time to build a very slow and introspective approach avec trance. Next parts will be released later during the winter.

2- Do you think the mix has any kind of dialogue with the “Black Magic Ritual”?
Yes, absolutely! First of all, as I said before, introspection is one of the main focus of the mix. It was also a concept at the heart of the production of Black Magic Rituals. Not only in the psychedelic aesthetic, but also on the way it was produced.

Merging different genres as always been a key point of my music, but I really try to do it coherently. I believe that producing tracks and mixing are tools that are meant to build a whole world of sounds. This is why, I believe there will always be a dialogue between my music and my mixes. They are just different chapter of the same story.

3- What were your main influences for producing this album?
I’ve been fascinated for years by Katzele ‘s imprint Malka Tuti. It really shaped the music I did. To see them playing at Monticule festival few years back was the kind of experience that really marks you. For this album, I wanted to bring this into a darker ambiance. I was very influenced by the deep techno music that really shines with the productions of artist like Feral, Primal Code, Mike Parker, Dozzy… But as far as I love deep techno, I feel some of it lacks an element of surprise, of strangeness in the building of the tracks. This is why I’ve also been listening very carefully to the amazing selectors Garçon and woody92 among others. They both bring strong atmosphere with their own interpretation of “psychedelic”, and it urged me to look for unconventional ways of composing music.

4- What are the differences between your first production and “Black Magic Ritual”?

I would say that the general atmosphere would be the most noticeable difference between “Meta Romance” and “Black Magic Rituals”. They are two different vision of trance, one being focused on the rhythms and the leads and vocals, the other one, darker, focuses on the textures and the soundscapes. But for me, the main difference lies in the way they were produced. For the first one, I tried to imagine a very specific dancefloor situations, and I asked myself: “Here and now, what do I want to people to feel with this music? How I want them to dance?”. As for the second one, I focused on what I would love to feel on a floor, and how would I love my body and brain to dance. Meta Romance was a journey build for the dancers, where “Black Magic Rituals” is an invitation to my personal musical world. This is where the introspective approach of music I was talking above comes into play.

5- When listening to the album, it is possible to picture an imaginative world, with cosmic and psychedelic aesthetics. When you produced the album did you have some kind of story that you wanted to tell? Or was it more organic?

Well, each of the tracks of the album was very different to produce. Some have been a pain in the ass, some were produced in one night, some were made in two years… Therefore, I have a very different relation with each of them. There was no pattern to follow, and this is probably why I felt a very unique connection with each of them while producing this album. I guess this is what you could call organic, whether I’m not sure if it’s the term I would use.

I really hope to be back on stage in 2021. Regardless of the financial aspect of this mater, I deeply feel the absence of being in front of sweating dancers with very loud music. It is something that use to feed me as an artist and it has been too long.

But to stay home for long periods also gave me the opportunity to work more in the studio. So hopefully in 2021 my new live will see the light. It will also be the birth of collaboration project with great artists and friends: Ultra Low Velocity with my man Antoine from Positive Education, another one with the boss Lucas aka Christian Coiffure (which we started a year ago with a live for Positive Education Festival) and a last one with my dear friend and longtime psychedelic FX competitor Jan Lou. Another project which is very important to me would be to work on an ambient album and to go even deeper in the introspection exploration I started with Black Magic Rituals. So hopefully, 2021 should be a year full of new music ! 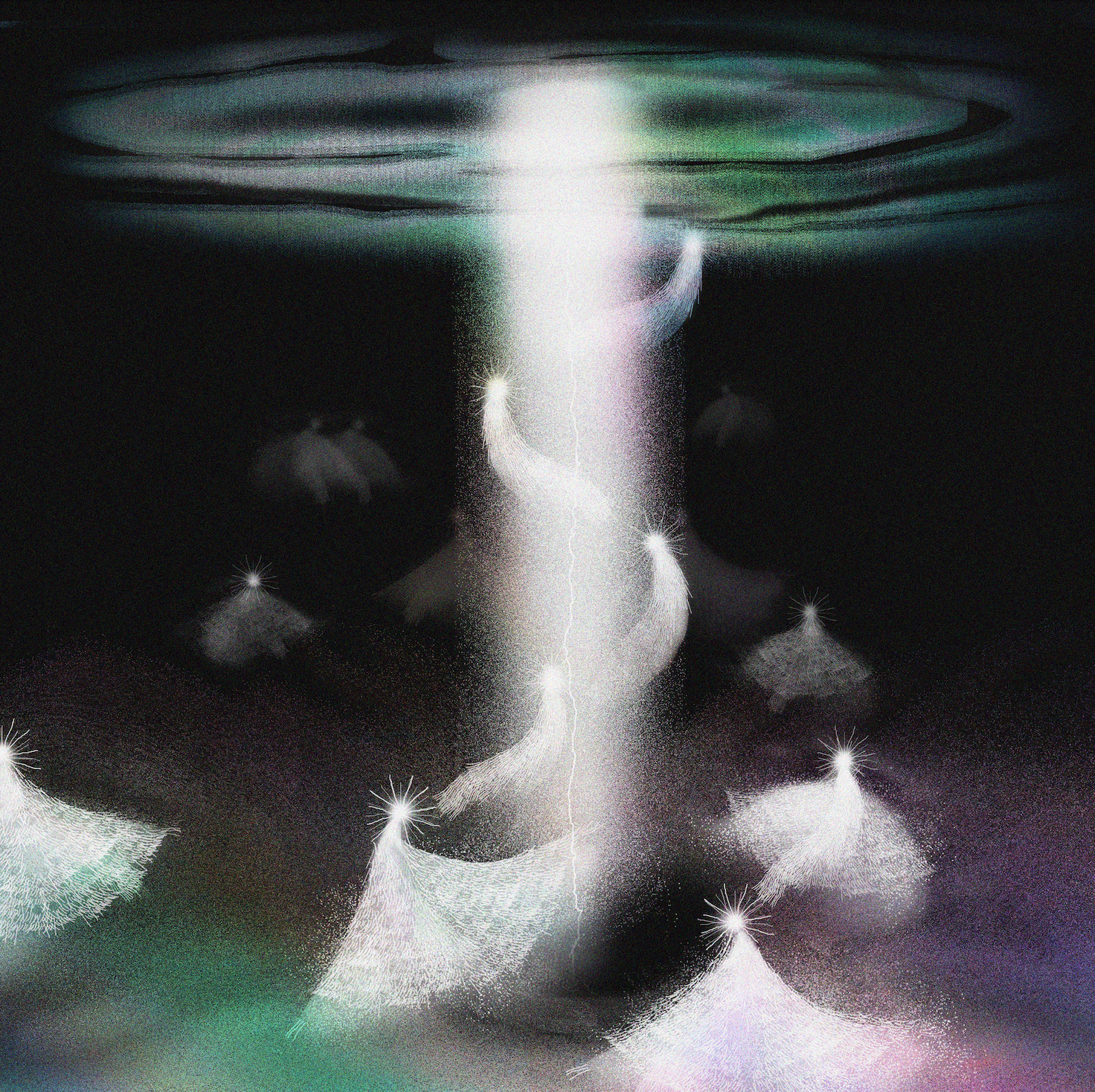